You are here:
Information 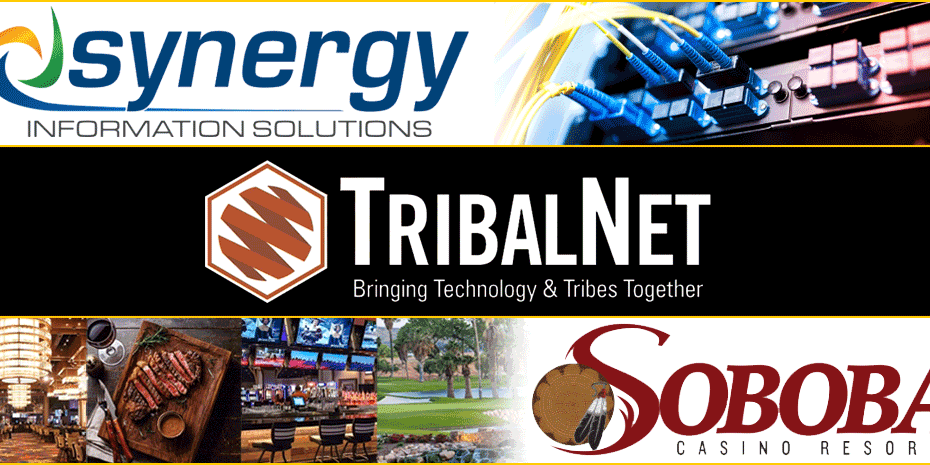 Information Technology (IT) teams were recently recognized during the 20th Annual TribalNet Conference and Tradeshow in Nashville, TN. TribalNet has been officially recognizing IT teams for exemplary work since 2008.  Such recognition has become a long-standing tradition and one that marks a high level of prestige.

Since opening their replacement Casino and Resort, Soboba has received multiple awards for their IT infrastructure which has been spearheaded by leading IT provider Synergy Information Solutions and their architectural & engineering professionals.

Working closely with the implementation teams at Synergy, Soboba was able to revolutionize their environment with state-of-the-art technology and engineering.  Some of the most important features provided by the Synergy team are as follows:

The Synergy and Soboba IT teams matched all of the tribal leadership initiatives with innovative technology that they believe will continue to serve the tribal members for years to come. Steven Nino, CIO at Soboba Band of Luiseño Indians, had this to say in response to the award,

“I am delighted to receive this prestigious 2019 TribalNet Industry Award. This recognition speaks volumes for the efforts that we make to understand our stakeholders and deliver business/stakeholder satisfaction by using key technology partnerships such as Synergy Information Solutions to build our infrastructure. As a tribal government and gaming/hospitality facility, our IT infrastructure and digital transformation efforts are key to the success of our gaming and hospitality business along with our government initiatives geared to help build a long-term future for Soboba.”

Do You Need Operations Support for Your Casino?
January 7, 2020
Recent Posts
Archives
Go to Top