AI in Gaming pt1 – Can We Trust AI to Predict Patron Theo’s? 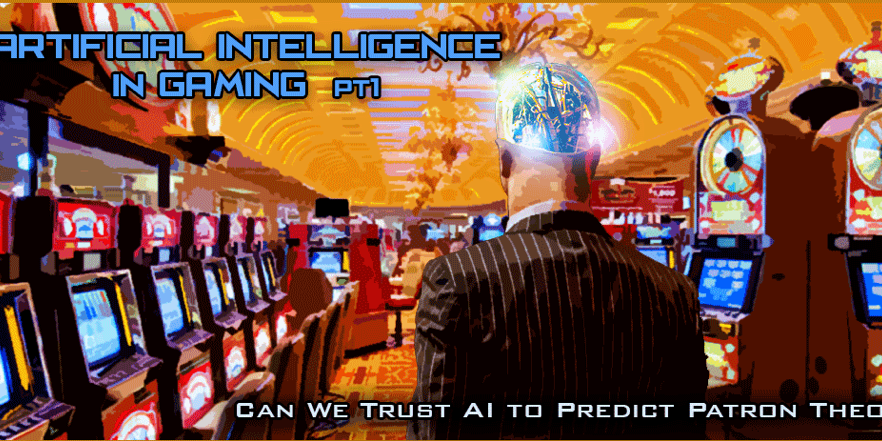 Casinos have to work with massive amounts of data; from patron & machine information to food & beverage inventory.  The amount of reports, spreadsheets and data logs can be completely overwhelming.  However, the culmination of all this data is critical as it reveals the fine details of operations and the overall success or failure of a casino.

The data offers a view of past to present.  It reflects previous decisions and shows how well they worked over time.  What if you could use that data to somehow peer into the future?  How is that even possible?  You can start by studying patterns, specifically, data patterns that can be recognized by Artificial Intelligence (AI) engines which then can be turned into “models” that can be tested against. 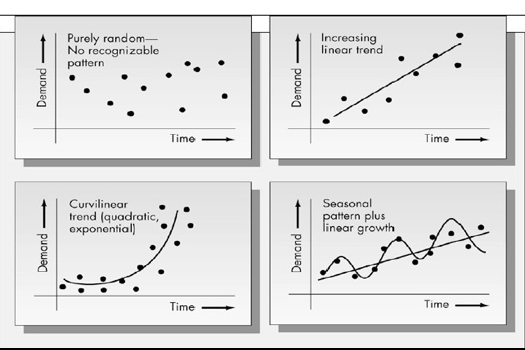 An example of time series patterns

For example, using a combination of Business Intelligence, (BI) and AI software, one can view into the depths of data and begin making correlations between Patron Activity and Marketing Promotion metrics.  In doing so, one could work closely with casino property directors to begin asking specific questions that will allow for targeted data comparison.  “If we change [x] in our current marketing promotion, can we determine an increase or decrease in Theoretical Wins (Theo’s) in the coming months?”  Theo’s are numbers that describe expected house wins for a player.  It’s also related to the game that they are playing.  To get Theo, all one needs are; House Edge (the ratio of the average loss to the initial bet) and Total Amount Wagered.  The formula is as follows: Theo = (House Edge) x (Total Amount Wagered).

The reason Theo is such an important number is it can determine the investment a casino has into a player.  Overinvest in a player and they start to feel entitled.  When trying to pull back or correct through marketing and promotions the player will sense these changes.  Less investment will have them thinking about taking their money elsewhere.  Underinvest and players feel like the casino is cheap – they will leave and tell everyone they know.  It’s a fine line to balance; that’s where the immense power of computers and AI can help.

We live in an amazing time right now where computing technology has advanced tremendously.  Coming from the early 1940’s where room-sized computers filled with vacuum tubes, camshafts and relays where used to decode wartime messages to the latest Apple watch (2019).  These new age computerized devices are tiny enough to wear comfortably.  Think about that for a moment.

Another amazing and slightly scary advance is that your tiny wearable computer is sending data to 3rd parties who ultimately end up using AI engines and other sophisticated software to market targeted advertising based on your activities.

Artificial intelligence engines can sort, categorize and correlate massive amounts of data in minimal time.  Let’s have some fun with a quick example using patron surveillance data from companies such as eConnect that specialize in facial recognition & fraud prevention:

1 – Look through 1,000 surveillance photos of patrons in a high-limit area; spend at most 1 second on each, (takes about 16.7 minutes)

2 – While doing so, note date/time taken and does Mr. Gamble appear in the picture?

3 – Once you have all that information, plot out a chart that shows frequencies of Mr. Gamble’s presence in the high-limit area over time.

Looking at companies like Dynatrace; their “Davis” AI engine can analyze over 350 billion program dependencies in a second!  By the time it took your human brain to read the 3 steps above, Dynatrace would have analyzed 7 trillion “things!”  That’s a 7 with 12 zeros next to it – looks like this 7,000,000,000,000.  A human brain just can’t compete with that sort of computational power; not to mention, all of that scanned data is [now] centrally located and almost instantly accessible.  This is an insanely powerful tool that our amazing brains can capitalize on.  This is where data scientists and analysts thrive!  The sheer amount of precision data correlation, hypothetical scenarios and patterns are almost limitless.

Before we can look into the [possible] future, we need to understand how to train our AI models based on what we want to predict.  The data needs to be classified in order to make models which will generate our predictions and outcomes.  Without targeted training the outcomes will most likely be skewed and incorrect.  Now, let’s take our picture data; study the patterns & create test algorithms that explore possibilities of those patterns.  Next we need to generate prediction models and test those models against themselves to determine the outcomes.  We then need to identify the favorable outcomes and determine if the prediction probability is acceptable.  All of this is in a quest to predict the potential frequency and occurrences of Mr. Gamble in the coming months.

Based on the example above, there would be clear patterns of time and frequency of surveillance photos taken which could be extremely valuable information for numerous parties.  Seems like a ridiculous amount of work to try and predict if someone was going to play a game.  Agreed.  Think about that sort of analytical power as it relates to a casino’s patron experience.  In doing so, a casino would be able to keep close tabs on player frequency & Theo while being sure to not over-or-under invest.  With the proper tools and right team, a property could dive deep into patron data and end up creating immersive targeted guest experiences – for every individual guest.

The power of computing and primarily AI allows time for analysts to comb through data and present findings to directors & coordinators…things that might not be visually apparent on our good ol’ fashioned excel spreadsheets.  We still need spreadsheets and the like – that’s how some of these systems work.  The software can combine multiple spreadsheets or database objects, making giant 2 or 3-dimensional arrays that have defined columns and rows filled with fields of data which scientists can “play” with. 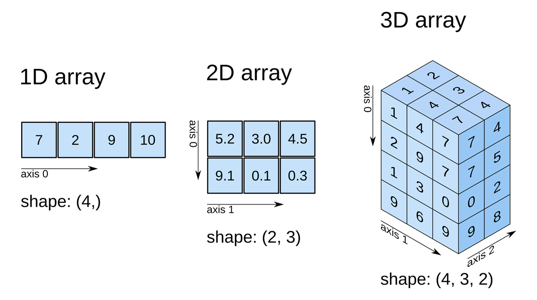 Various Arrays and their layouts

The “intelligence” part comes in where an AI engine can “self-identify” patterns, recognize differences and compute predictions based on what it knows and what it’s asked.  This type of “self-learning” dates back to the late 1920’s early 1930’s.  Alan Turing is considered one of the founding fathers of artificial intelligence with his “Turing Machine.”  In [very] short, a theoretical machine with “infinite memory” [tape at the time] which uses a “stored program” that can interpret symbols and can use symbols to refine its own stored program, in-turn, making its stored program better.  Alan, along with a slew of other brilliant minds pioneered computers, artificial intelligence and machine learning which mainly were used for deciphering encrypted war-time codes and ultimately led to the devices you are using to read this on today.

There are large amounts of AI analytic software providers all of which offer amazing features.  Some providers such as, DataRobot and Dynatrace are leaders in their field; they can out-perform most, however they tend to come with a hefty price tag.  Regardless of which provider you end up choosing, the really fun part comes in when you pair your AI engine with other programs.

Enter the Business Intelligence side of things.  Using other products such as Tableau can make real sense of data and drive direction based on past events.  One can use BI software to “harvest” information from a custom or specific dataset allowing users to dive deep into a properties immense data.  They can then take this data and “plug” it into AI engines which ultimately begin generating models and predictions within minutes.

Once the outcomes are generated, the analytics team comes in to decipher, test and ultimately discuss implementation of the prediction model.  Will the predicted outcome that is now put in play in a casino environment actually be correct?  Possibly.  We can’t say yes for certain though.  There are too many variables in life that can change which determine the actual outcome.  If all the time and money spent on software, marketing and promotions is not guaranteed, then why the hassle?  Just because you fail once doesn’t mean the quest is over.  If a prediction outcome doesn’t come to fruition – it then becomes a learning point for the future.  It can be studied to see what went wrong.  Perhaps some of a properties VIP’s were out of town for a month – AI (trained on our surveillance data) can’t predict when Mr. & Mrs. Gamble are going to take an impromptu vacation.  In a specific case such as this, a planned promotional event targeting VIP’s might not play out as expected.  Looking back through the data one would see – “oh, some of our VIP’s were not present this month.”  At this point, it would fall onto directors and management to determine the best course of action moving forward.

Is This the End & Do You Feel Fine?

AI software such as Dynatrace etc. isn’t going to go rogue and take over the world.  It can’t.  It wasn’t designed to do that.  However, some agency could develop an AI system to do such a thing – but that’s an article for another time.  In the casino world, AI will become a mainstay as the simplicity of collecting, viewing and manipulating data has become more readily available than any other time in history…and it’s only going to get better and faster.  The inner structure of employees will change drastically as the technology advances.  Look at before and after pictures of when AutoCAD was introduced…the same will happen for other industries as they tie into big-tech.

Before & After Auto CAD

Stay tuned – part 2 will dive deep into the crazy world of big data and what sense can be made of it.